The “Eat Fish Project” was started in May 2013 to promote seafood consumption by the Nissui Group company, Yamatsu Suisan Co., Ltd. As part of this project, “Fish Masters” from Yamatsu Suisan have been visiting local elementary schools mainly in Niigata Prefecture. In the dialogues, the children asked numerous questions, and became very excited when they were given the opportunity to handle live fish.In fiscal 2019, eight sessions were held and children were saying that the fish were delicious.

Yumigahama Suisan Co., Ltd. of the Nissui Group, in cooperation with Sakaiminato-shi, Tottori Prefecture, has been holding “Coho Salmon Meetings” every year as part of food education activities to increase the interest in local foodstuff since 2013. In May 2019, it was held at all eleven nursery schools in Sakaiminato-shi and many nursery school children participated. The children enjoyed learning about the farming of coho salmon through picture-card shows and videos and cheered as an actual coho salmon was cleaned and filleted in front of their eyes. At lunchtime, the children were full of smiles as they enjoyed broiled coho salmon which was marinated in salted rice malt. 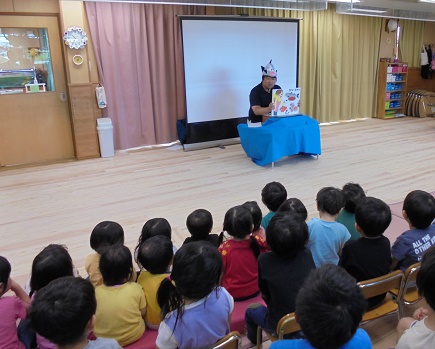 The Children Listened to the Picture-story Shows

The Nissui group company, Hiroshimasuisan Co., Ltd., is engaged in numerous activities to communicate the good taste and the positive effects of fish as well as the fun of cooking. In fiscal 2019, some staff from Hiroshimasuisan visited schools and local governments 25 times to give lectures on the cooking methods of fish including cleaning fish, while also communicating the positive effects of fish and the role of the market. In addition, it has been reporting on seasonal fish and the cooking methods of fish on the media including TV and the radio. In fiscal 2019, these activities were recognized and the person in charge of popularizing fish consumption at the company was awarded as a “FY2019 Contributor to the Popularization of Fish Consumption” in a ceremony in the presence of Prince Akishino. 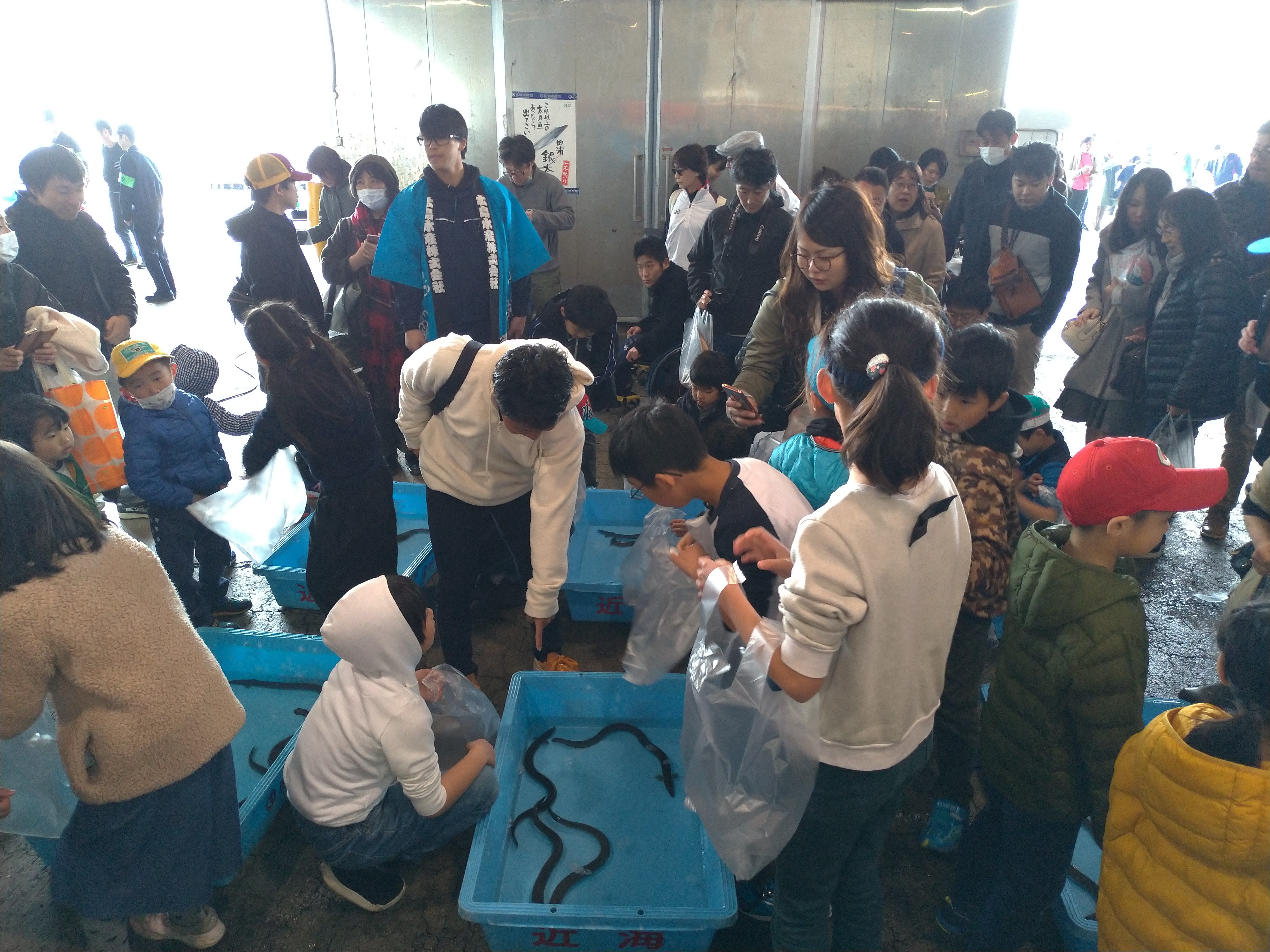 The Scene from the Market Festival

Activities to Teach the Next Generation the Importance of Diet

As employees of a company that handles food, Nissui employees are involved in activities to communicate the importance of diet to children. In FY2018, activities centered on such themes as “Let’s learn about the importance of food: Fish and good health,”“Let’s experience the various occupations that involve fish!, ” and “The mystery of the eel and its complete aquaculture.” Children listened eagerly to the lecturers’ explanations as they learned about the value of nutritionally well-balanced meals and the positive effects of EPA and DHA found in fish.