Trends in the Promotion of Female Employees

During the period from April 2019 to March 2022, Nissui aims to increase the number of female managers by 15% or more compared to fiscal year 2018.

Ratio of Female Executives and Managers

Ratio of Female Managers in the Departments 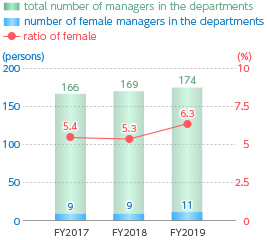 In fiscal 2017, a survey was conducted over the Intranet on all, approximately 1,200 employees, regarding the gender gap, career orientation and the gap in awareness between managers and employees, among others to identify issues.
With regard to items identified as issues in this survey, the Diversity and Personnel Development Subcommittee monitors the progress of activities toward improvement and efforts are being made to improve the corporate culture.

Exchange of Opinions on Diversity

On December 13, 2018, an exchange of opinions was held between Takayuki Kawashima, Director of the NPO, Fathering Japan and the CEO of Kodikara Nippon, and five of the Company’s executives.
Nissui was able to confirm the current situation in which there was an increasing number of companies, regardless of industry and business category, promoting work style reforms, women empowerment, the correction of long working hours and work-life balance. In such circumstances, an exchange of opinions was conducted on the situation of the Company and its problems. Opinions expressed included, “Reforms in the attitudes of male managers that have hardened like clay and commitments to the reforms will be required” and “Superiors require the management capabilities to manage employees working under constraints.” 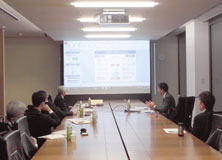 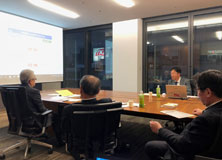 In the process of career formation of female employees, Nissui conducts seminars intended for superiors to learn management skills that will assist female employees in increasing their advancement.
In fiscal 2018, 38 managers participated and comments by participant included, “It was an opportunity to reflect on my own management and think about the career formation of female subordinates,” and “The key management points for the career development of female subordinates were outlined in an easy-to-understand way.” 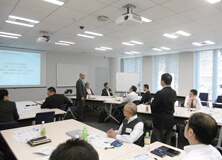 The First Female Sales Staff Workshop was held for female employees who work in the sales divisions. The workshop aimed to further encourage the advancement of women in the sales divisions was held in July and September 2019 with 12 women who are in charge of sales on a national level and three division chiefs who have female sales staff on their teams.
At the workshop, the participants envisioned how they would be in five years and in ten years and identified issues, as well as discussing the ideas required to realize such vision and making recommendations to Nissui.
Going forward, in response to these recommendations, we intend to identify issues that need to be addressed as an organization, set goals and deliberate measures for the achievement of these goals. 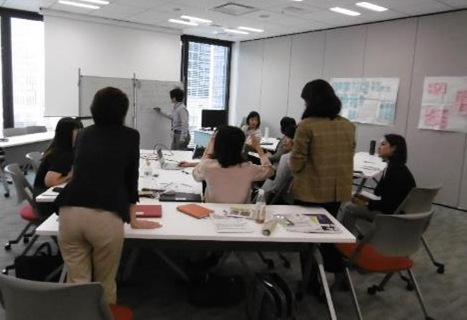 On November 6, 2019, a “Career Design Seminar” was held for 5- to 9-year female employees. It began by sharing the goals of the seminar, and the following program was carried out, which included many group discussions.
１．What does “career” mean?
２．What does “career development” mean to us?
３．Approach to self-directed career development
４．Deepening self-knowledge
５．Looking toward the future
６．Stories of senior employees
７．Toward a career vision 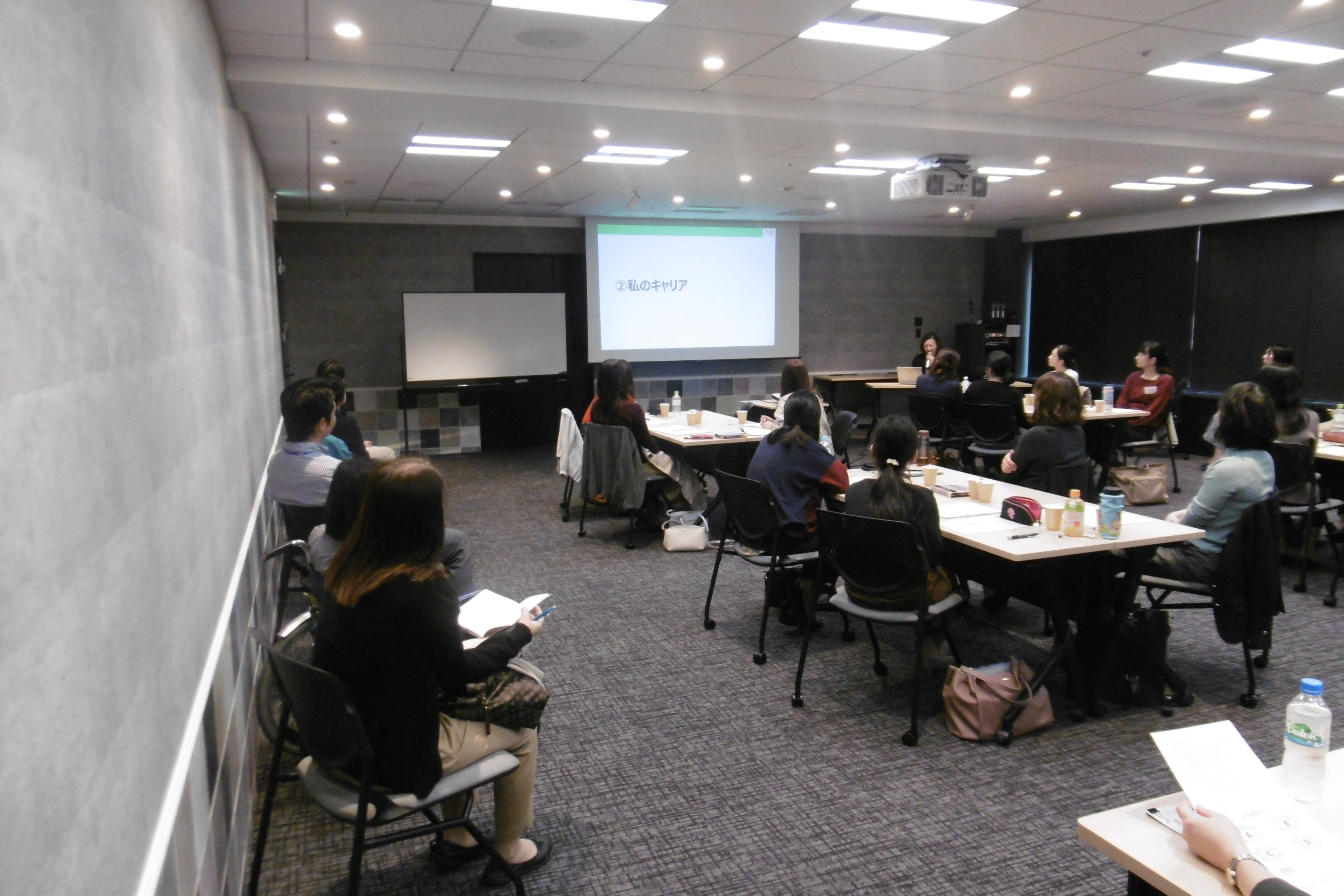 In “Stories of senior employees,” external (industry peers) role models were invited to give talks. Participants were inspired by getting to know the views on careers held by same-generation peers and were encouraged to address career design in a positive way, as indicated by comments such as, “I had been feeling a vague sense of uncertainty but I was given a hint about my future career from the seminar” and “It has raised my motivation toward my job.”

Support of Striking a Balance Between Child-raising and Work

Currently, nearly 100% of the employees have returned to work after taking childcare leave. In such a work environment, Nissui has been organizing return-to-work career interviews between employees and their superiors, using the “Interview Sheets for Employees Returning to Work from Maternity and Childcare Leave,” in an effort to facilitate the resumption of their careers immediately after returning to work and during the period from six months to a year after returning to work. In fiscal 2019, a trial run was conducted targeting employees returning to work in and after April. Nissui’s ongoing support for returning to work and resuming careers has been received favorably and the system is scheduled to be officially adopted from March 2020.