The UNDB-J is a committee formed in September 2011 aiming to achieve the Aichi Biodiversity Targets (Note), which encourages the engagement and collaboration of all domestic sectors and promotes initiatives for the preservation and the sustainable utilization of biodiversity. As one of its activities, the UNDB-J certifies collaborative businesses and evaluates the recommended activities in the projects undertaken by UNDB-J member organizations and related government agencies, from various perspectives including “cooperation with diverse entities,” “the materiality of initiatives,” and “the effects of announcing the initiatives.”

On April 7, 2020, the Nissui Group was certified as a collaborative business by the UNDB-J for its forest preservation activities in the “Forest that Protects Spring Water Nurturing the Fish and the Sea .” These activities conducted with the cooperation of Nissui, Kyowasuisan Kabushiki Kaisha, Yumigahama Suisan Co., Ltd., Tottori Prefecture and Kotoura Town of Tottori Prefecture, aim to build a bountiful sea which will be home to diverse living organisms by maintaining nutrient-rich spring water through the preservation of the forest. Going forward, the Nissui Group will continue to collaborate with various stakeholders and engage in activities to achieve one of the key issues, “Preserve the bountiful sea and promote the sustainable utilization of marine resources and their procurement.”

(Note): The United Nations has designated the period from 2011 to 2020 as the “United Nations Decade on Biodiversity.” At the Tenth Conference of the Parties to the Convention on Biological Diversity (COP 10) held in Nagoya on October 2010, the “Aichi Targets,” new global targets for the preservation of biodiversity, were adopted. 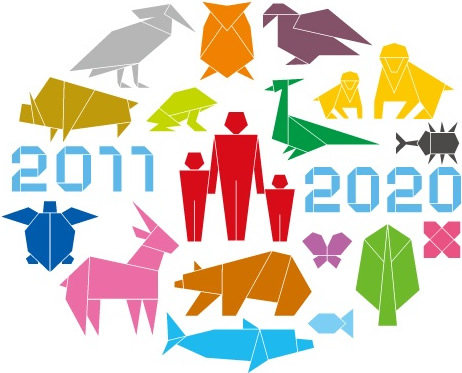 On June 2, 2019, 27 employees of the Nissui Group and their family members participated in an event to learn about biodiversity at the Fujimae-Higata, a registered Ramsar Convention site, in the city of Nagoya. This is the second time that this event, which began in 2018, is being held.
With the cooperation of the NPO, Fujimae Ramsar Society, participants, after listening to a lecture about the history of the tidal flat, got a hands-on experience of biodiversity by plunging into the tidal flats barefoot and finding various forms of life. Participants also picked litter at the nearby quay and spent the day experiencing the importance of the sea. 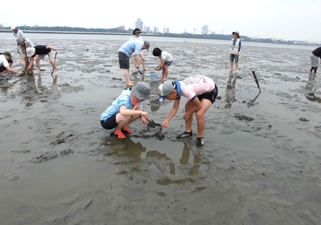 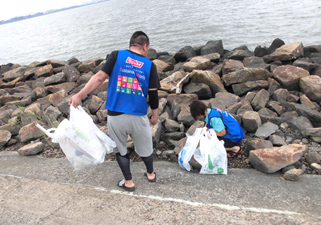 On March 9, 2019, an event was held to become familiar with marine organisms and to learn about the marine environment and marine biodiversity at the Suma Aqualife Park in Kobe, and 110 employees of the Nissui Group and their family members participated.
Participants listened to explanations about raising animals in the backyard and observed the preparation of feed and the aquarium maintenance facilities. Additionally, by touching dolphins, the participants became familiar with creatures of the sea other than fish and listened to a lecture on the marine environment in front of the large tank.
We learned about the current status of the sea, which is important for us who work for the Nissui Group, and further enhanced our commitment to protect the creatures that live in the sea. 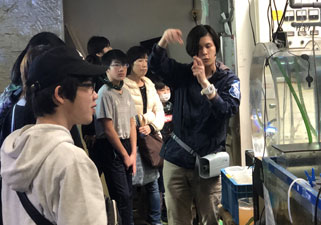 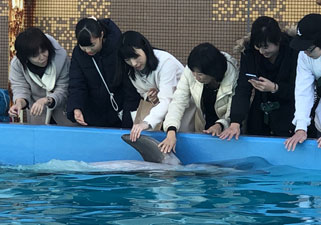 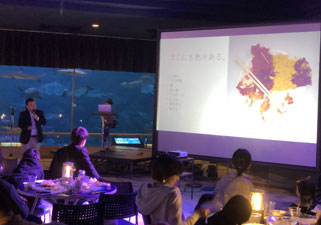 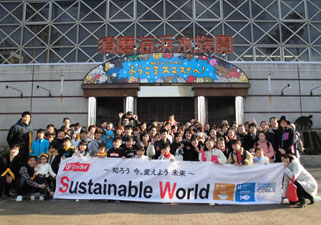 On September 8, 2019, 46 employees of the Nissui Group and their family members participated in an event to make and plant “amamo” (eelgrass) seedlings (Note) at Jigyohama in Hakata Bay. This is the second time that this event, which began in 2018, is being held.
With the cooperation of Fukuoka FUN (Field & Underwater Naturalists), participants, after listening to a lecture about the status of litter at the bottom of Hakata Bay and the problems of a dysoxic environment, made clay balls with “amamo” seeds kneaded into them and “amamo” seedlings. The participants engaged in activities to “amamo” meadows in the sea, as some participants wore masks and snorkels to plant the seedlings into the sea, while others threw the clay balls into the sea from the beach.
The participants were also able to confirm that the “amamo” planted in 2018 had steadily taken root. Going forward we will continue to carry out activities to build the sea with the hopes of turning Jigyohama into a bountiful sea.

(Note) Amamo (eelgrass): A seed plant that grows in the sea that is called the "cradle of the sea,” providing homes to small fish and shrimp. 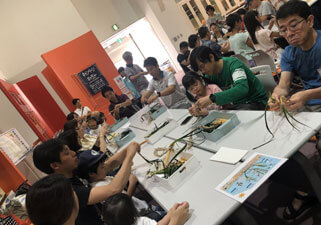 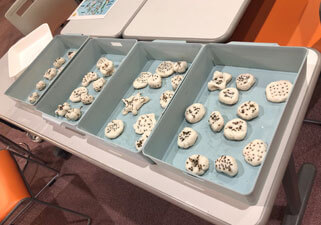 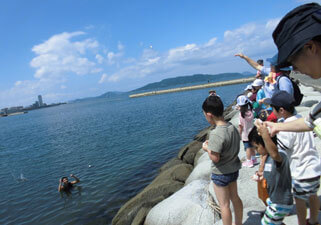 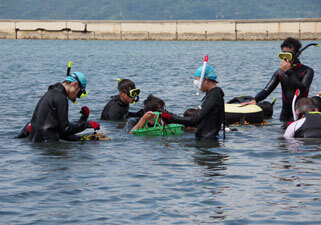 Biotope at the Anjo Plant

In conjunction with the reconstruction of its drainage canal, a biotope was installed at the Anjo Plant, recreating an ecosystem consisting of fish, aquatic insects and plants. The biotope is also used for the environmental education of the community’s primary school children. This is an initiative to conserve biodiversity and to contribute to the community by protecting clean water. 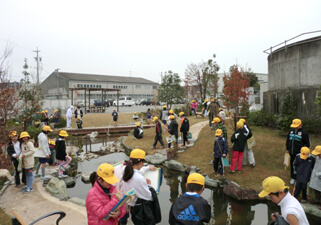 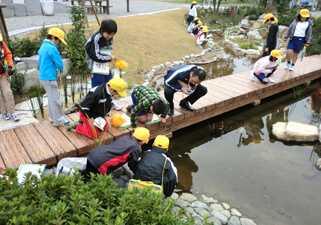 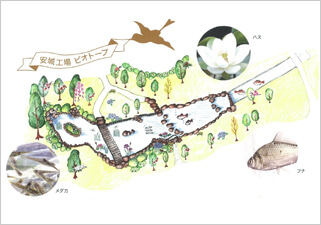 Piping Plovers, which have been categorized as Near Threatened (NT) on the IUCN Red List (Note 1), are an endangered species to New England, the North East region of the US and the home of Gorton’s, the Nissui Group company. The Piping Plovers’ habitat is the coast line and the intrusion by people and dogs, among others, on their nesting sites is said to be the cause of their decline.

Many volunteers are participating in activities to protect the Piping Plovers at Good Harbor Beach in the port town of Gloucester Massachusetts, the home of Gorton’s. In 2018, as a result of the various efforts by volunteers including members of Gorton’s, many eggs were hatched on the shore.
In 2019, the second year of the partnership with the City of Gloucester and various organizations (Note 2), Gorton’s carried out activities to protect the Piping Plovers during their breeding season. Piping Plovers tend to lay their eggs from the end of May to the beginning of June. Therefore, the volunteers decided to keep watch over the chicks for the few months after they were hatched when they were their most vulnerable. On Mondays, Wednesdays, and Fridays of every week during June and July, the volunteers walked around the Good Harbor Beach for an hour to protect the chicks from the people and dogs on the beach. As a result of the efforts of all those involved, three of the four surviving chicks hatched from the eggs and were able to fly away from the beach.

(Note 1) IUCN Red List: List of endangered species compiled by the International Union for Conservation of Nature (IUCN). Information on over 90,000 species are posted on its site, and the Red List compiled by Japan’s Ministry of the Environment and its assessment are based on this list. 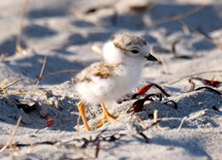 Preservation of Aquatic Organisms and the Expansion of the Protection Area (Nissui (Thailand) Co., Ltd.)

Nissui (Thailand) Co., Ltd. (NTC), the Nissui Group company, is engaged in the processing of fish including salmon/trout in Hatyai, Thailand. NTC takes the area in which it is located and the resources and environment of this area seriously. In April 2019, the employees of NTC participated in local activities for the protection of aquatic organisms and the expansion of the protection area, in an effort to protect sustainable resources. These activities involved working with the students and local residents to release the indigenous fish species into the public canals to enable them to breed. 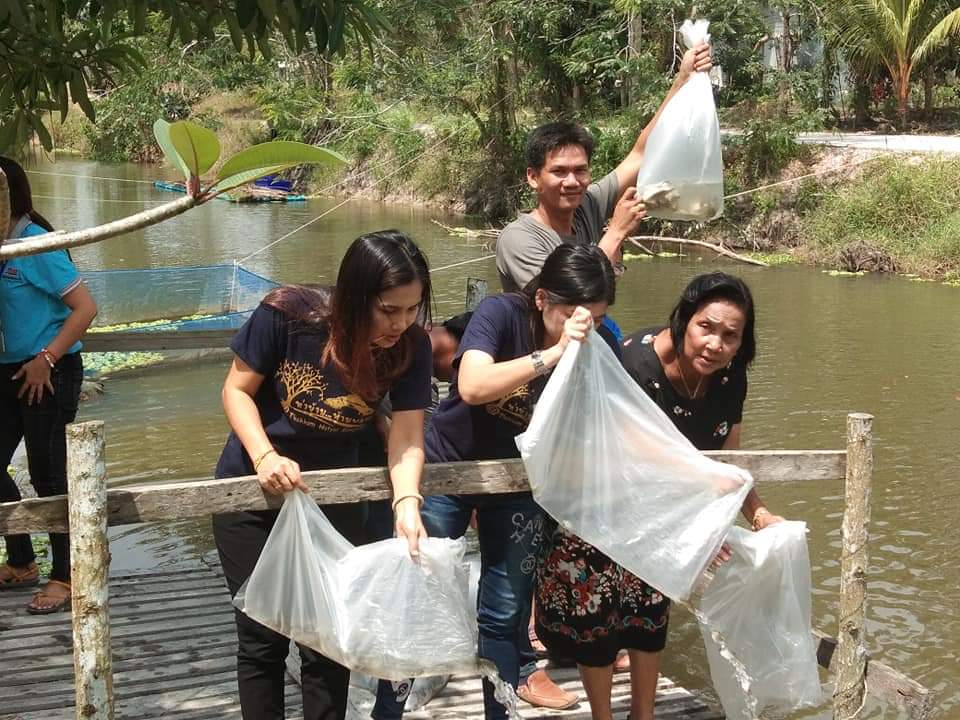 On May 30, 2020, using an online meeting tool, we held an environment-related event on the topic of coral. As many people stay at home due to the spread of COVID-19, a total of 113 people comprising Nissui Group employees and their family members from all over the country joined in the event.
Innoqua Inc., which was our partner in this event, is a venture company that originated in the University of Tokyo and whose stated mission is to “Deliver to people the value of nature.” Using “artificial ecosystem technologies” that recreate the ecosystems of coral reefs and others in aquariums, the company engages in all sorts of environmental education aimed at spreading the message of the value of ecosystems, preserving them, and utilizing them. 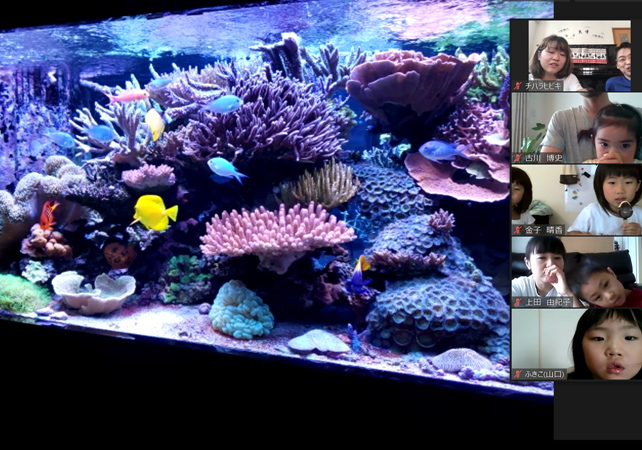 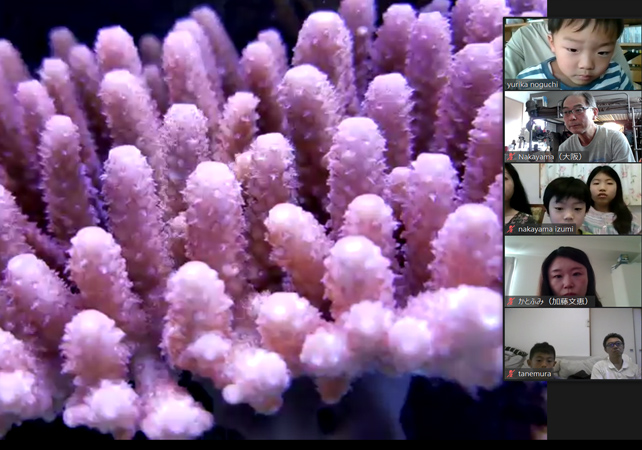 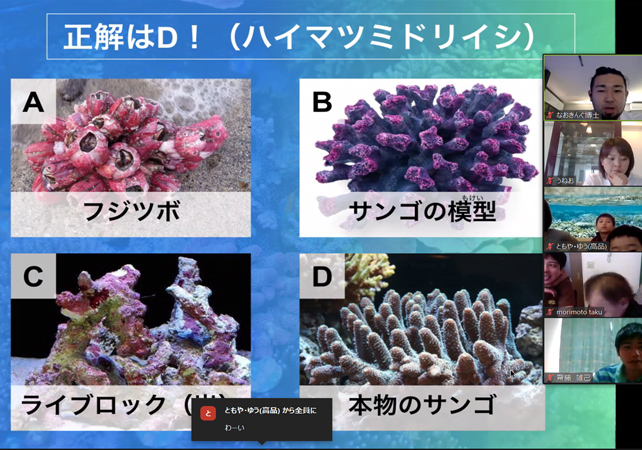 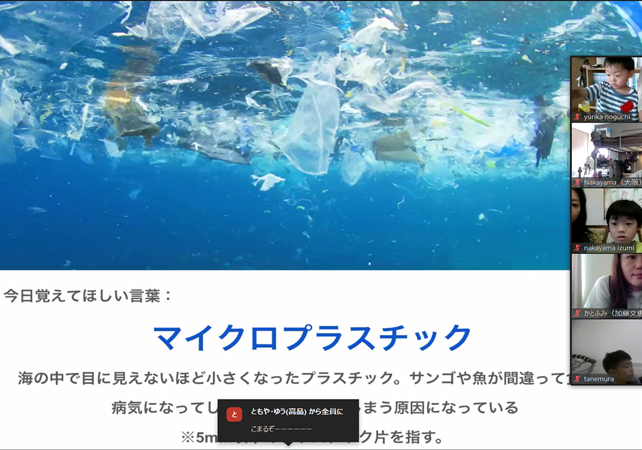 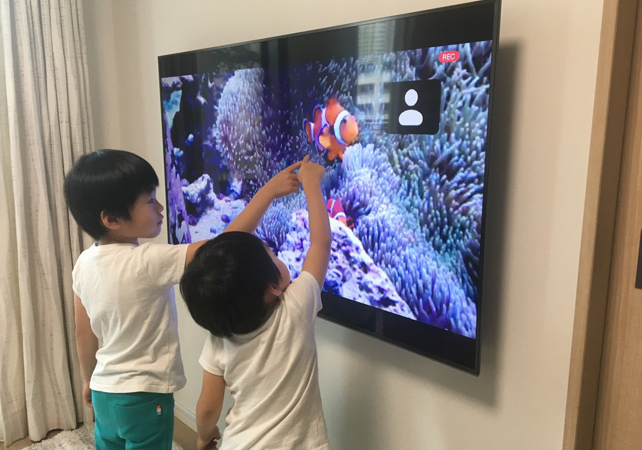 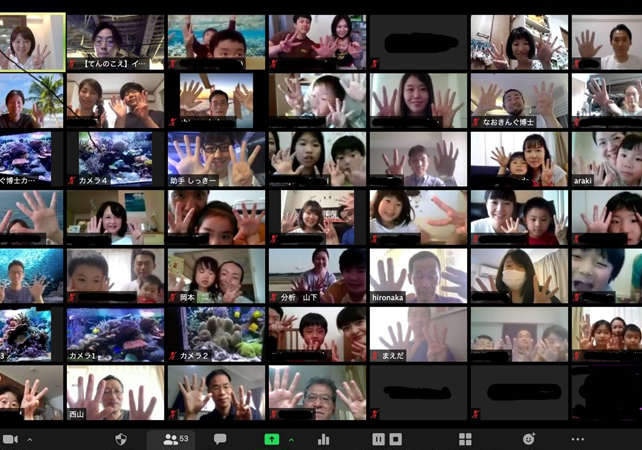